Beetle is a ruby gem built on top of the bunny and amqp Ruby client libraries for AMQP. It can be used to build a messaging system with the following features:

When publishing messages, the producer can decide whether a message is published redundantly or just sent to one of the message brokers in a round robin fashion. When publishing redundantly, the message is sent to two brokers, with a unique message id embedded in the message. The subscriber logic of beetle handles discarding duplicates before invoking application code. This is achieved by storing information about the status of message processing in a so called deduplication store.

We have completely migrated Xing’s existing (non redundant) messaging solution to use Beetle instead. The new system has been up and running since end of March 2010 without any problems. We’ve since used it to successfully parallelize and speed up a number background tasks (e.g. SOLR indexing), to offload work from our web applications and change our architecture to be more event driven in general.

The first version of beetle was released April 2010. Since then, we’ve been working part time on automating the failover process for the deduplication store, which is now available as a deployment option.

A typical configuration of a messaging system built with beetle looks like this: 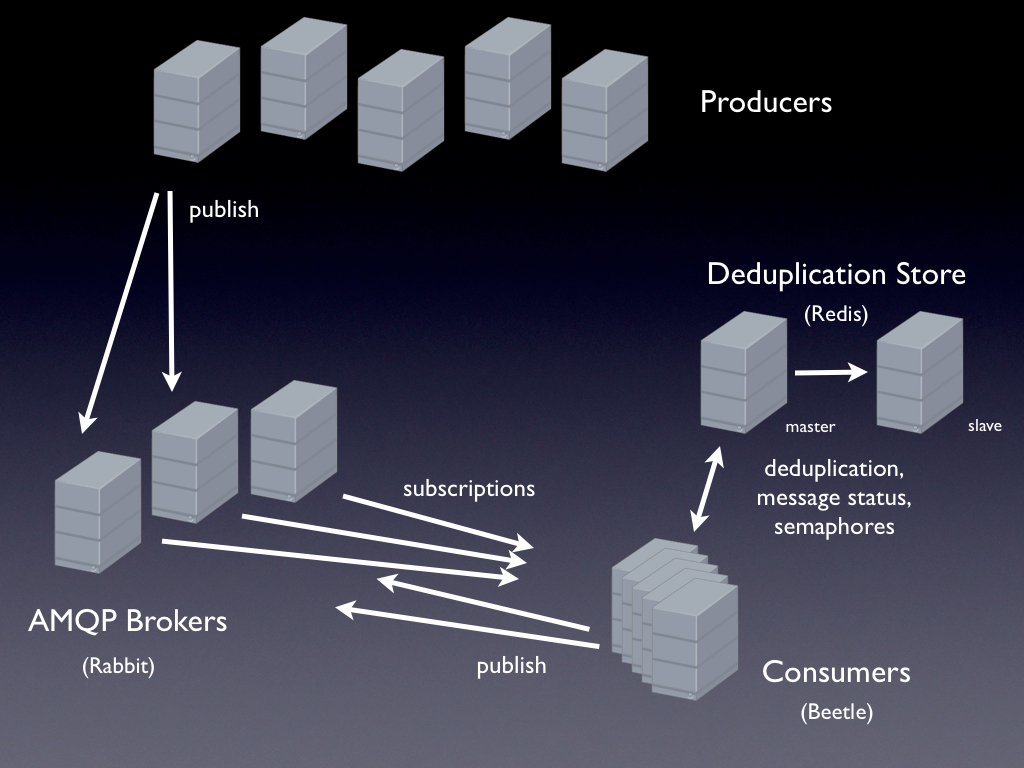 Given a system with N message brokers and a master/slave redis pair for the message deduplication store:

Where to go next